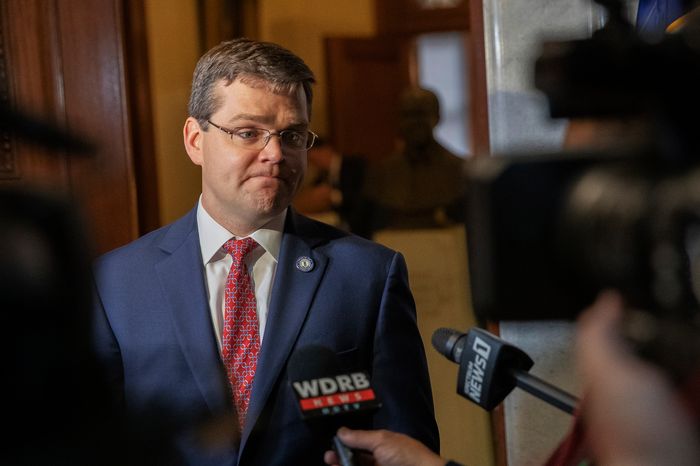 The White House said it had learned that fellow Kentuckian Paul would not return a ‘blue slip’ on the prospective district court nominee vigorously backed by the Republican Senate leader.

The decision to back off the nomination of S. Chad Meredith came amid a split between McConnell and Republican Sen. Rand Paul, his fellow Kentuckian, over the selection.

The White House pointed to resistance from Paul in abandoning the nomination.
“In considering potential District Court nominees, the White House learned that Senator Rand Paul will not return a ‘blue slip’ on Chad Meredith,” White House spokesman Andrew Bates said in a statement. “Therefore, the White House will not nominate Mr. Meredith.”

A Paul spokeswoman did not immediately respond to messages seeking comment.

President Joe Biden had intended to nominate Meredith for a district court judgeship in eastern Kentucky. The plan, first revealed by the Courier Journal of Louisville, had languished for several weeks. The potential nomination drew resistance from Democrats from Kentucky to Washington.

McConnell, a key player in putting conservatives on the federal bench during Donald Trump’s presidency, told the New York Times that the White House had intended to follow through on its commitment to nominate Meredith until Paul objected.

Meredith, a well-known conservative in Kentucky and the son of a Republican state senator, defended the state’s anti-abortion laws in court. He also successfully defended a state law that stripped Democratic Gov. Andy Beshear of his emergency power to implement COVID-19 restrictions.

The decision to abandon the Meredith nomination caused reverberations in Kentucky. Scott Jennings, a Kentuckian and former adviser to President George W. Bush, called it a “sad day” and said it was “indefensible what’s happened to him.”

“Chad is a terrific human being and exactly the kind of young, conservative judge you’d want on the bench,” said Jennings, who has close ties to McConnell. “He could’ve been there for four decades. It’s a miracle McConnell had Biden talked into it and a tragedy that Senator Paul killed the nomination.”

In a statement, NARAL Pro-Choice America President Mini Timmaraju said: “We’re pleased that the Biden administration made this decision — it’s the right call. With abortion rights and access on the line in Kentucky and across the country, it is absolutely essential that all judges defend and uphold our fundamental rights and freedoms, including reproductive freedom.”

Mr. McConnell noted that Mr. Klain had conceded in their discussions that Mr. Meredith was “certainly not the kind of person we would normally nominate,” but the senator argued that the move was simply trading one Republican-backed judge for another.

“It is not giving away a seat,” said Mr. McConnell, who said he never discussed the potential nomination directly with Mr. Biden. “He’s got bigger stuff on his plate than this.”

Mr. McConnell raised the possibility that Mr. Paul might have believed that it was his turn to put forward a judicial candidate. But Mr. McConnell said that the two Kentucky senators had no agreement on such matters and that he doubted Mr. Biden would have given Mr. Paul the same consideration regardless.

“The president would not have been taking a recommendation from Rand Paul, I can assure you,” said Mr. McConnell, who noted his longstanding personal relationship with Mr. Biden.

Though the president’s long tenure on Capitol Hill and his past work with Mr. McConnell were initially thought to be big advantages, they have not worked out that way for Mr. Biden. Mr. McConnell has been a persistent obstacle and in recent days threatened to try to block legislation intended to improve American competitiveness with China — a measure Mr. McConnell supported — if Mr. Biden and congressional Democrats proceeded with a party-line tax bill.

Mr. McConnell and Mr. Paul have also parted ways on issues over the years. Mr. McConnell originally endorsed his Republican opponent during Mr. Paul’s initial successful Senate bid in 2010. But despite their break over the judicial nomination, Mr. McConnell said he backed Mr. Paul’s re-election bid this year.

“Of course,” said Mr. McConnell, who hopes to remain party leader, particularly if Republicans claim the Senate majority in November. “On the most important vote, he will be there.” 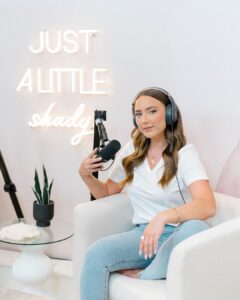