The company Amazon.com, Inc. is a US multinational technology company focused on e-commerce, cloud computing, digital streaming, and artificial intelligence. It is considered one of the world’s most powerful brands and has been described as a world economic force. The company offers a wide variety of products and services to its users around the world.

Jeffrey Preston Bezos is an American entrepreneur, media owner, investor, commercial astronaut, and computer engineer. He is the founder and former president of the online retail giant Amazon. He is also the former president and CEO of the company. He has a vast network of business contacts and is a frequent speaker at tech and business events.

While in high school, Jeff Bezos worked at McDonald’s. He eventually went on to earn a scholarship to Princeton University and graduated as valedictorian of his class. After college, he worked at several Wall Street firms, including D.E. Shaw. By the time he was 30, he was the youngest vice president of the company.

The Amazon IPO launched in 1997, and Bezos had a tough time competing with the heavyweights of traditional retail. He wanted to expand the business fast and make profits. While some thought this was a risky approach, many analysts praised the company’s aggressive growth strategy. Throughout the expansion, Bezos focused on the “Six Core Values,” including ownership, a bias for action, frugality, innovation, and customer obsession.

Bezos also gave generously to charities. He launched his Bezos Earth Fund in 2020 with a $10 billion donation to combat climate change. He has also given $100 million to Feeding America’s COVID-19 response fund. But his most notable charitable gift is to education.

Bezos has made millions in the past but he has also put money into unusual ventures. He has a foundation that helps underprivileged children and supports organizations for homeless people. In the same vein, he has donated a total of $10 billion to the Earth Fund, a nonprofit organization he founded. Bezos is the second-richest person in the world.

One of the many aspects of Jeff Bezos’s business plan for building Amazon is his willingness to take risks. The entrepreneur knew that the e-commerce market was in need of a revolution. He made the decision to set up shop in Seattle, Washington, which was home to dozens of software companies and the Microsoft Corporation. He thought that he would be able to attract a lot of high-tech professionals from the area. Once he established his company, he decided to expand his product line to include music, video games, and consumer electronics.

The resulting influx of a new company into Washington means that Bezos’s business plan for the company isn’t limited to hiring more people. Thousands of his Amazon employees will be absorbed into Washington’s power circles. Their children will go to the same fancy schools as journalists and think-tank fellows. Their neighbors will invite them to dinner parties. And Amazon’s market power will inevitably be matched by its political power. As a result, the interests of Amazon and the states are likely to collide and become a tangle of competing interests.

In 2001, Bezos sketched an idea called the Amazon Flywheel, which would eventually become the centerpiece of Amazon’s business model. In the beginning, the company would focus on customer experience and then monetize traffic through the selection of products and services it offered. This way, Amazon would be able to attract third-party sellers to sell their products. This money would help Amazon improve its cost structure and pass on additional cash to its customers.

In his annual letters to shareholders, Bezos often uses the word relentless. This is probably an apt metaphor, but it suggests that he is trying to become the largest company on the planet. While Bezos does not explicitly address the question of colonization, his own ethos suggests that he believes that entrepreneurs will shape the future and have the power to change the course of our species.

Amazon founder Jeff Bezos is a renowned entrepreneur who has revolutionized the world by redefining the concept of retail. Founded as an online bookstore in 1994, Amazon has since grown to be the most powerful company in the world. Its influence is felt in almost every major industry, from health care to advertising to cloud computing. The company is now one of the largest internet companies in the world by revenue, and its services extend to cloud infrastructure and video streaming.

Bezos’ story reflects the growth of the tech industry, from humble beginnings in a garage to a multibillion-dollar empire. He took calculated risks, innovated, and grew his company rapidly. As the company continues to expand globally, he is increasingly focusing on fast-growing segments such as cloud services and advertising.

In 1994, Jeff Bezos started Amazon with a vision to create a new kind of retailing. He wanted to go beyond selling books and chart a course for commercial dominance. Some of his early employees said his goal was to create a utility, not an online store. Despite his success, however, he has had to deal with antitrust enforcers who have been trying to shut him down. Bezos’ success has resulted in a culture that has resulted in poor working conditions and monopolistic practices.

One of the greatest legacies of Jeff Bezos is the Amazon brand, a world-famous brand that has transformed our lives. The company has changed the way people shop, and raised expectations for service and transparency across different categories. Bezos is a once-in-a-generation leader who created a brand at the intersection of algorithm and aspiration.

The company’s founder, Jeff Bezos, has created one of the world’s most iconic brands. His relentless efforts to make Amazon the most customer-centric company on Earth have changed the way people shop and live. The company has also raised the bar on transparency and service delivery across a wide range of sectors. Bezos’ legacy is one of vision and innovation – he is a once-in-a-generation leader who created a brand that sits at the intersection of algorithm and aspiration.

Bezos’ success is not without its challenges. He has faced numerous accusations and criticisms, and he has built an Amazon lobbying arm that has allowed him to influence policies in Washington and the rest of the world. It’s hard to imagine a more polarizing figure than Jeff Bezos.

Amazon is currently facing five antitrust investigations worldwide, including challenges from the U.S., Canada, and the European Union. In addition, it is facing a lawsuit in India from citizens who are concerned about the company’s monopoly power. In addition, 6,000 workers in Amazon’s warehouses are slated to vote on unionizing. Some workers claim that Amazon has pursued union-busting tactics, retaliation against workers, and illegal use of surveillance tools.

In a February email to employees, Jeff Bezos confirmed his plan to spend most of his time outside of Amazon on non-Amazon projects. However, he will remain involved in some of the company’s strategic initiatives, including labour safety. Currently, 40 percent of Amazon’s workplace injuries are due to musculoskeletal disorders. Bezos also owns the Washington Post newspaper. Therefore, he has plenty of other projects outside of Amazon.

A few years after he founded the company, Bezos has left an indelible mark. The company has transformed itself into a global empire with a broader influence in almost every major industry. It has shaped health care, grocery, banking, and advertising, and is the leading online retail company.

In the letter that Bezos sent to investors in 1997, he laid out his vision for the company, and his priorities. Although he hasn’t shared his ideas with the company’s employees, this letter is still a helpful guide to his goals for Amazon. The letter also hints at the ideas that he may have for the Washington Post.

A key point from Bezos’ letter is that the company must always put its customers first, and it needs to do so without being too focused on quarterly results. The company has a unique approach to customer-centricity, putting its customers at the center of everything. However, despite having tens of thousands of customers each week, Amazon was still not profitable, and investors were concerned. Bezos made it clear that his vision for Amazon was to defer profitability for at least five years.

Amazon’s early days were rocky. Jeff Bezos was an investment banker before he decided to launch Amazon. The company had only 614 employees and 1.5 million accounts when it went public. Bezos also made an important decision to focus on books over other categories. The main reason for focusing on books is that the customer knows exactly what they are getting.

The vision for Amazon is to empower individuals and companies to become successful. In the end, this means empowering the content creators and developers, and making it possible for customers to access cheaper products. The company also places a high value on customer obsession, and it aims to simplify everything for its customers.

In order to make this happen, Amazon needed to invest in infrastructure and technology. It needed to be able to scale at a rapid pace. So, Bezos built data centers and robotics to help with its logistical operations. In 1997, Amazon opened its first fulfillment center in Delaware and later expanded to California. 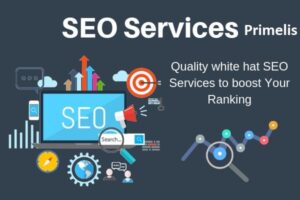 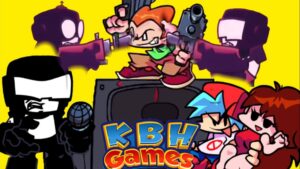